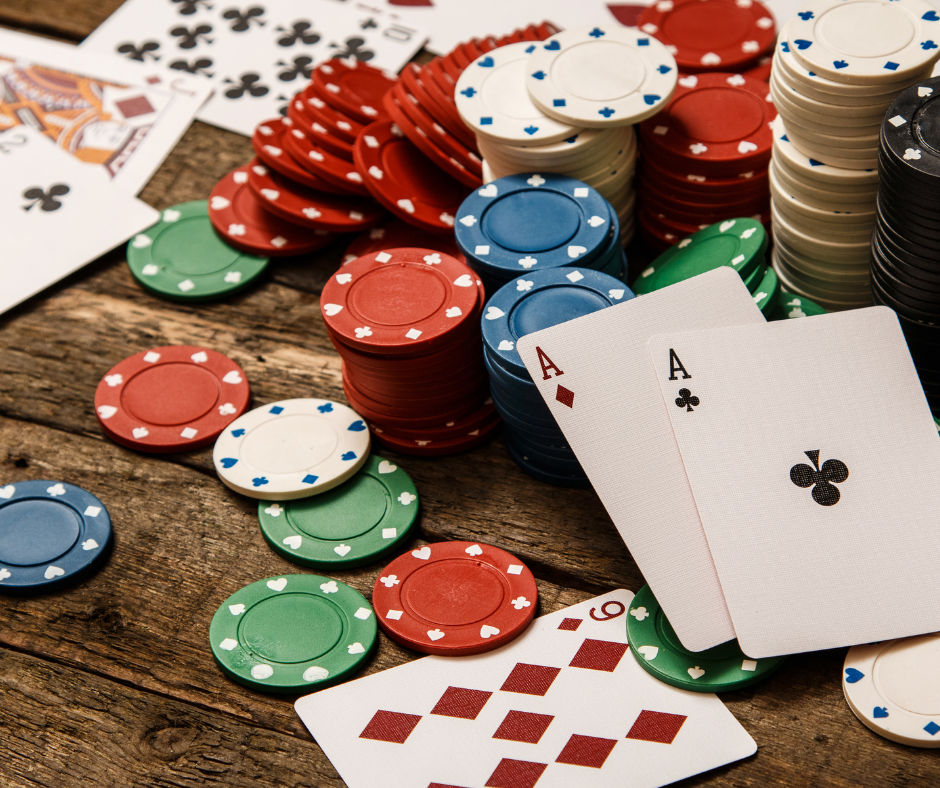 Over the course of the pandemic many have certainly taken up new interests and hobbies, but finding the right one for me was initially difficult. There are so many things that are vying for our attention, and whilst many of us were at home and in many cases couldn’t work too, that didn’t help either. Finding something that I could do with the smallest amount of outlay, ok for free, wasn’t easy. But one day after picking up an old deck of cards poker just shouted the loudest.

Of course, a card game is something that is largely played indoors, something that can be played with housemates or people within your own bubble. Ideal for when you’ve been stuck within your own four walls for so long! Being a sedentary pursuit too it doesn’t mean you have to find a big space to get your game on. Pull up a few chairs around the dining table, or even sit around the coffee table on the sofa. It’s just so accessible.

Being sat at home all the time it was easy to just let the mind wander and let days just waste away. Something had to be done about that. So, what could be the hobby that gave my brain the exercise it needed and the learning experience that I craved. It’s a game where having an analytical mind helps, it forces you to be observant not just in regards to what’s on the table but about your opponents, too.

It brings people together

You don’t have to even be sat in the same house or room nowadays to play, with the options for online play growing day by day. While there are now states allowing real-money online poker — such as Nevada, Delaware, and Pennsylvania it remains the case that such activity is prohibited in most of the country. However, it doesn’t mean you can’t play with friends across state lines as there are so many options out there for free play, something that isn’t always apparent. It was only something that I stumbled across after a conversation with a friend. There are numerous poker titles available across the games consoles and who hasn’t got one of those in the house these days?

There’s nothing better than winning at anything and if you’re playing with friends, that winning feeling is magnified. Who doesn’t like having the bragging rights over their buddies? Not only that, there’s the feeling of exhilaration of making the right call. Bluffing your way to the win with a poor hand knowing that your moves made your opponent make a mistake. Even the thought of one of those recent occasions definitely raises a smile!

Over this last 18-months or so the focus on health has been front and center so arguably if your hobby is proven to be something which can improve your health and not just your quality of life then you’d be a fool to not take it up, right? Well, studies have found that playing a card game such as poker actually reduces the chances of developing a brain-related disease by over 50 percent. Also, partaking in a game of poker is said to reduce stress and lord knows we’ve all had enough of that recently.

All in all, it’s been quite a voyage of discovery. Taking on a game which always just gave the impression of being played in a smokey casino, or only for financial gain or loss for those not so successful. But poker is much more than that and I certainly didn’t think that it would be something that’s now become one of my favorite hobbies. But it’s fantastic on so many levels.

Share with a Friend ...
Category: Living Life Simply
Looking for Something?
Let’s Connect On …
Affiliate Disclosure
As an Amazon Associate, I earn from qualifying purchases. All links on this site may be affiliate links and should be considered as such. This site is a participant in the Amazon Services LLC Associates Program, an affiliate advertising program.
Make Money Selling Blogs