The title of this blog post may sound rather rude, after all, I am telling you that you’re not so special. I hope that you’ll read this to see what I mean by this statement. The thing is, you are special just as I am. We are all special in our own way, but when we get into a relationship with someone who straight up tells you that they spied on their other partners as a means to have proof of their cheating ways or you get multiple warnings that the person you’re with preys on single moms and will do to you what they did to the others and you think you’re someone special, then you need to rethink that theory. I’m here to tell you that you’re not so special and to watch out for these signs when it comes to dating and learning someone for the first time.

Your Initial Instinct is Correct

If you meet someone and go out on a few dates, hang out and have some fun but there’s still something inside of you that feels something isn’t quite right then something isn’t quite right. Your initial instinct when it comes to another human being whether in dating or friendship is usually spot on. During this initial time of getting to know someone, you’re not emotionally connected to them in ways that blind you from listening to your gut. Always trust that first instinct and do not let the person talk you out of it.

If you meet someone and go out on a few dates, hang out and have some fun but there’s still some red flags that you’re seeing, pay attention. I get that sometimes we have high expectations that can create false “red flags”, but these red flags will be much more obvious and scary. Red flags to watch for are things such as a confession that the person did illegal activities to their prior partners, perhaps have multiple domestics on their record {that’s not always something you find out until later, sadly} or perhaps you witness them treating others poorly when the person doesn’t get their way. Pay attention to these red flags and run before you get hooked into this emotional roller coaster ride.

I Won’t Do that To you

This is the biggest joke in the world! If someone exhibits signs that make your instincts scream that this person has something going on that isn’t right or red flags pop out everywhere, do not believe them when they say they won’t do that to you. If this person straight up says that they need proof for everything, that they’ve previous spied illegally on a person such as installing keyloggers or audio devices in their ex’s vehicle, well then you need to run! This person isn’t going to think you’re anything special when the time comes that they feel you’re up to something. They will get consumed with their insecurities and pull the same tricks on you, as they did with their previous relationships.

Let’s face it, when someone comes along in your life and you immediately feel like something isn’t right with them, you see red flags popping up everywhere and then they proceed to assure you that you’re special to them and they wouldn’t do such things to you, then you need to just stop. Let go of empathy and sensitivity, don’t worry about their anger or retaliation because only weak people use revenge as a means to cope. Sociopaths and narcissists are dangerous human beings. The key to finding out if you’re dating one or getting to know one is to examine their level of compassion and empathy. This isn’t always obvious right away, pay close attention to this person and when you notice that they lack empathy, don’t discuss it with them, they won’t admit to such a “flaw”!

These people are good at being who they are, they’ve figured out a way to play the victim, to make you feel bad for them and to gaslight you. They are good at making their friends believe that they’re charming, witty and oh so ever amazing. Their “friends” are usually distant friendships because if the “friends” get too close to this person, they’d also see the red flags that you saw. They are good at who they’ve learned to become which in reality is just a con artist, a person who has no real feeling and is so empty inside that they need admiration and attention in order to attempt any real feeling of being whole within. The thing is, once you stop giving them attention and try to hold them accountable to actually be an adult in the relationship, you’ll see those instincts, red flags and the reality that you’re not so special come to light.

Be careful of those who prey on single moms, and people who prey on others with high levels of empathy and compassion; it’s us kind people who ultimately end up seeing light where only darkness and a sad soul reside. Human beings who lack empathy and compassion are often drawn to others who have a high level of empathy and compassion, they enjoy being around a single mom because we tend to forgive more than we should and see lightness where others tend to see the true nature of these type of people. It’s not on you to fix someone else, chances are these type of people will not ever change. They can change in a malicious way, they will appear to have become someone better but this only lasts so long before they either find a new victim or get angry and lash out in revenge. Do not allow yourself to ever think that you’re someone special, because when it comes to this type of situation, you are not special – you are just another pawn in the life of a broken, deeply wounded person.

What to do Now?

Now that you’ve experienced a situation where you woke up one day to realize all of your original instincts about this human were correct, it’s time to take your life back.  These types of people know no rules and boundaries, they literally feel like the legal system doesn’t apply to them and that they don’t have to abide by a set of societal standards of just being a courteous, kind human being. You will be faced with hardships and difficult times. You will wonder if you’re the crazy one because after all, this person spent a lot of time grooming you to think that you were the insane one. It’s a mind game that you just got yourself out of. You got used to living on their terms and being on a rollercoaster ride of emotions. What you can do now, now that you realize that you’re not so special, is to join a support group and read some books. Consider reading books about toxic relationships, because narcissistic and sociopathic people aren’t usually clinically diagnosed. These type of people are really good at hiding their darkness from the world and appearing to be full of light during the times you engage with them. You may want to see a counselor, but find one that specializes in these types of personality disorders, otherwise, the counselor won’t be much help in your healing process. I personally am enjoying this book.

All you can do now is take one day at a time and remember that while this person didn’t see you as special, the rest of the world does see you as a special person who’s courageous and brave for getting away from this mistreatment. You can do this, be brave, and let go of any negative feelings towards that person. That person doesn’t deserve an ounce of your empathy, emotion or time. Take back your life and demand better treatment from others. You got this!

Previous Post: « 11 Things Single Moms Can Do When Kids are Away
Next Post: A Day in My World »

💕 No matter what you do today, set a goal to ma 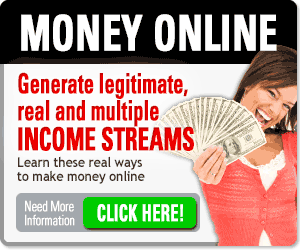