That Kicked in the Gut Feeling 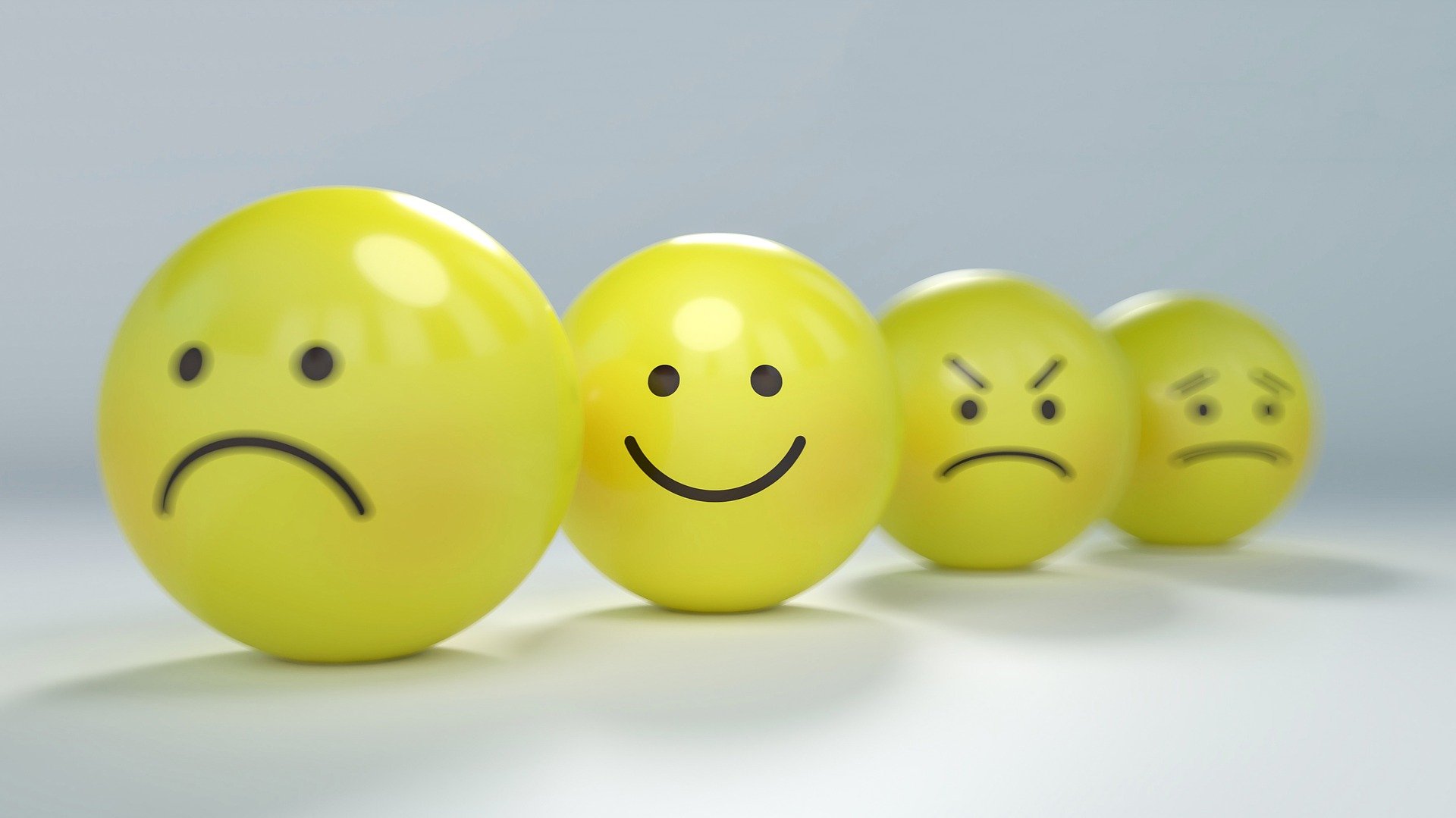 About ten years ago I started getting a strong anxiety attack whenever we were going to have visitors over. It was so sudden that it would strike before anyone had even parked in front of the house. I couldn’t tell if it was a fear of strangers, having a lot of people in my personal space, or what.

I knew that something had to be done about it before we had more guests over and even though it took some time, I managed to get rid of this unpleasant feeling for good.

So how did I do it? I’ll tell you in a bit, but first, let me give you a list of the things I tried and mostly failed at.

I ignored it and hoped that when the time came for guests to arrive that the feeling would just go away.

This was what I tried in vain to do for many years. It never worked though because it’s impossible to will yourself not to feel something. I would fight this anxiety like it was the enemy, but eventually, I got tired of fighting against myself.

I tried to relax and take deep breaths in order to push out the anxiety before it would come up, but this only made things worse because if you try too hard then that’s what keeps the anxiety alive.

I tried to think happy thoughts, but this was a short term solution because I always came back to the same problem eventually. It just didn’t work for me because there was no actual solution in my mind, so any attempt to fix it would be fruitless.

This was also a temporary relief because I knew that something had to be done about this, but talking about it provided some comfort at first. It wasn’t really the solution, but because I tried so many things and nothing worked, it felt like a relief to talk about it with someone.

I tried to understand what it was that I feared, but the mind doesn’t always provide answers. There’s no way of knowing where this anxiety comes from because everything just feels like one big mess in your head.

Despite trying all of these things, nothing worked for very long because they were not real solutions to the problem. They helped me in the short term, but in the long run they always left me with more questions than answers. I was not getting to the root of the problem and that’s why these solutions never felt like real relief.

So here I am many years later and I have a feeling that you know what it feels like because you’re reading this article right now. Maybe you don’t know what it is that has been kicking in your gut and making you feel sick.

It might be something that started since childhood and just got worse over time, but at some point, you noticed this anxiety without even knowing where it came from.

It’s not an easy thing to live with when you don’t understand it, but I want you to know that there is hope because this feeling can be gone forever.

I don’t want to tell you what it was like for me, because I don’t think words will ever do justice to the experience. You need to feel it in order to understand just how hard it can be. But if for some reason I had to try and put it into words, I would say that this feeling was like drowning in an endless void where you couldn’t think straight.

I remember having real panic attacks when the anxiety would take over because just thinking about it made me feel sick.

Many people have asked me what I went through during those years, but how do you explain this feeling to someone who doesn’t understand where it comes from?

I tried explaining it to people, but what I was saying never felt like the right words. You can’t explain these kinds of feelings with language because there’s no way of knowing how they feel until you have been through them yourself. 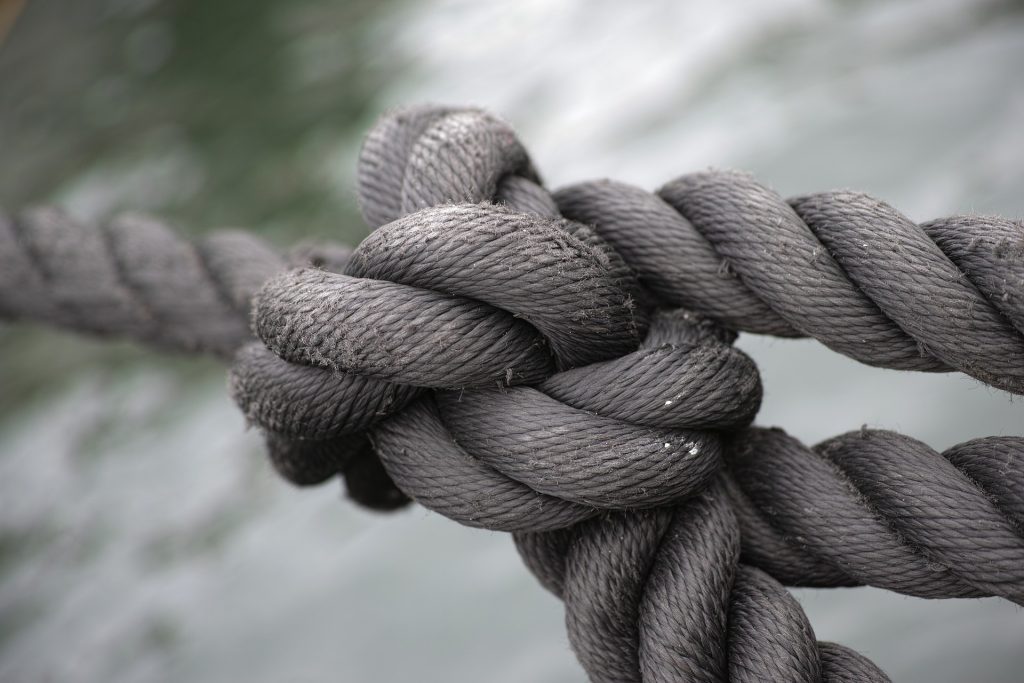 One day though, things started to shift…

I’m not sure how it happened or what I did, but one day I had this urge to want to understand where the problem started. Some people would call this digging deep within yourself, but whatever you want to call it, that’s what happened and that’s when everything changed for me.

Once I was able to go back in time and see what was going on for me when I was younger, everything turned around.

It’s not easy to go back in time because you have to face your fears, but when you do that then you will be ready to take the next step. When the anxiety kicks in it can feel so real, but by being able to understand why it kicks in, the anxiety will start to fade away and you’ll be left with a different feeling.

I can’t exactly put my finger on what this new kind of feeling is, because I think it’s something we all experience but we just don’t know what it feels like.

The best way to find out though is if you start to go back in time and look at what was going on for you when you were younger. If you can get to the root of your anxiety, then it will start to fade away and a new feeling will replace the old one.

When I went back in time and saw that there was nothing wrong with me, we all know how that feels.

When I saw that what happened to me was not my fault, everything changed again. The feeling of real fear started to fade away and this time it stayed gone. The people around me did not change at all, but the difference was in how I felt about them.

Every day I see people who are suffering because they don’t understand why this anxiety is kicking in, but the problem is not with them. They are no different from you or me and if they can feel this anxious then anyone can feel it too.

If I have to explain what I’m talking about here, then it’s because I understand how you’re feeling. That’s why even though I know that what I’m going to say will not be understood, it doesn’t matter because the only thing that matters is what you’re going through right now.

The problem isn’t with anyone else because everyone who has this anxiety is doing the best they can, but no matter how hard they try, it’s still there. This feeling of real fear can be called “anxiety” but the name doesn’t matter because it’s all the same thing.

Anxiety is something that everyone can feel, but what you don’t know yet is that this feeling has nothing to do with who you are as a person. Your life will not be destroyed by anxiety just like your life was not created by it because these are just words that describe what you are going through right now.

In conclusion, that kicked in the gut feeling is real and it’s a legitimate feeling. If you ignore it for too long it will go away and you’ll find yourself unable to rust any gut instinct that flies your way again.

The only way I was able to push through this, was to seek therapy and get help to learn roe about ME and how I WORK. This is all about you, the process won’t be easy, but man, you will finally feel some relief when you work through the steps to relearn life with minimal anxiety! 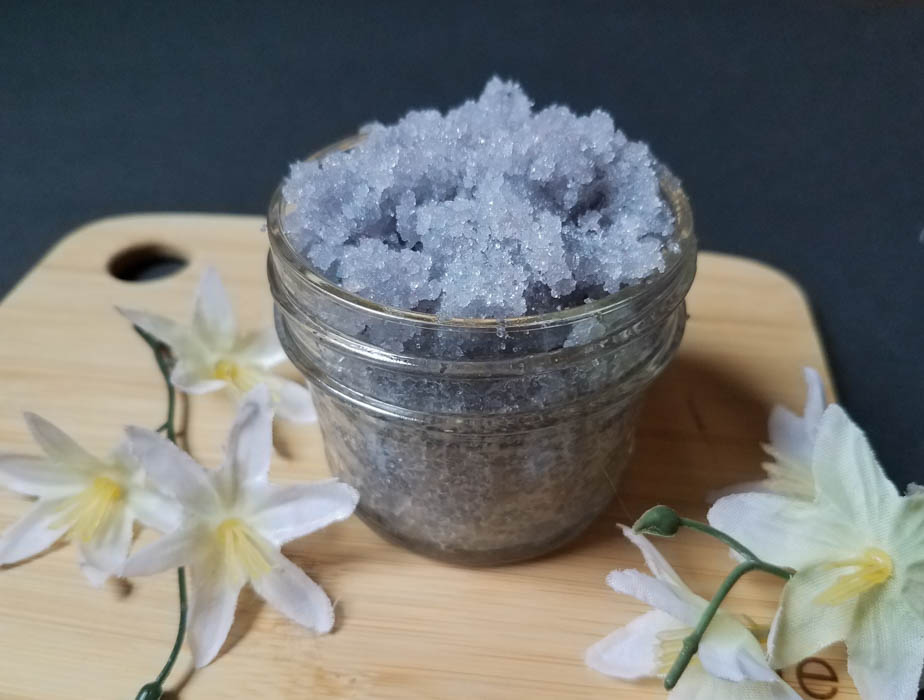 How do you Make Homemade Exfoliating Scrub? 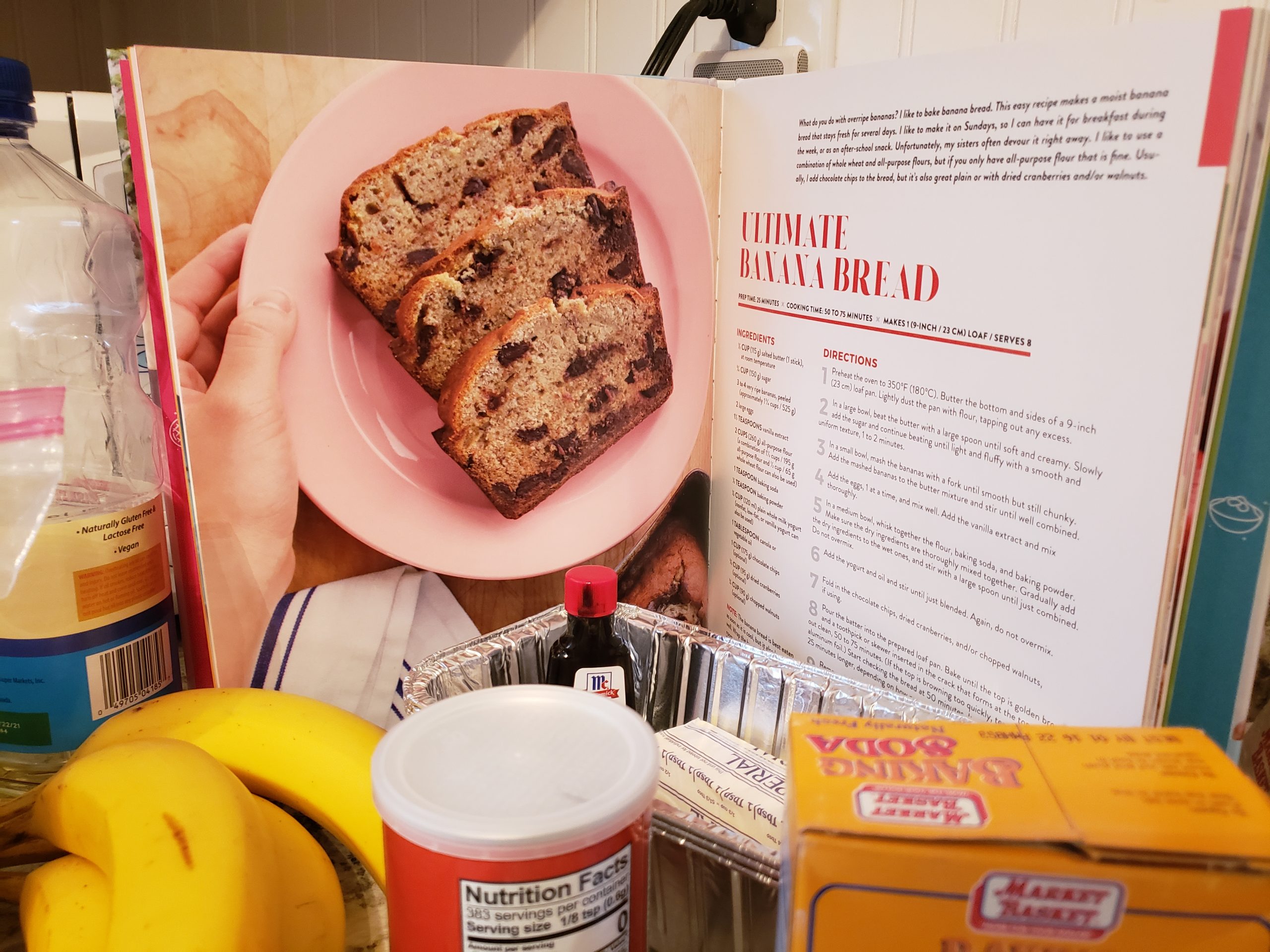 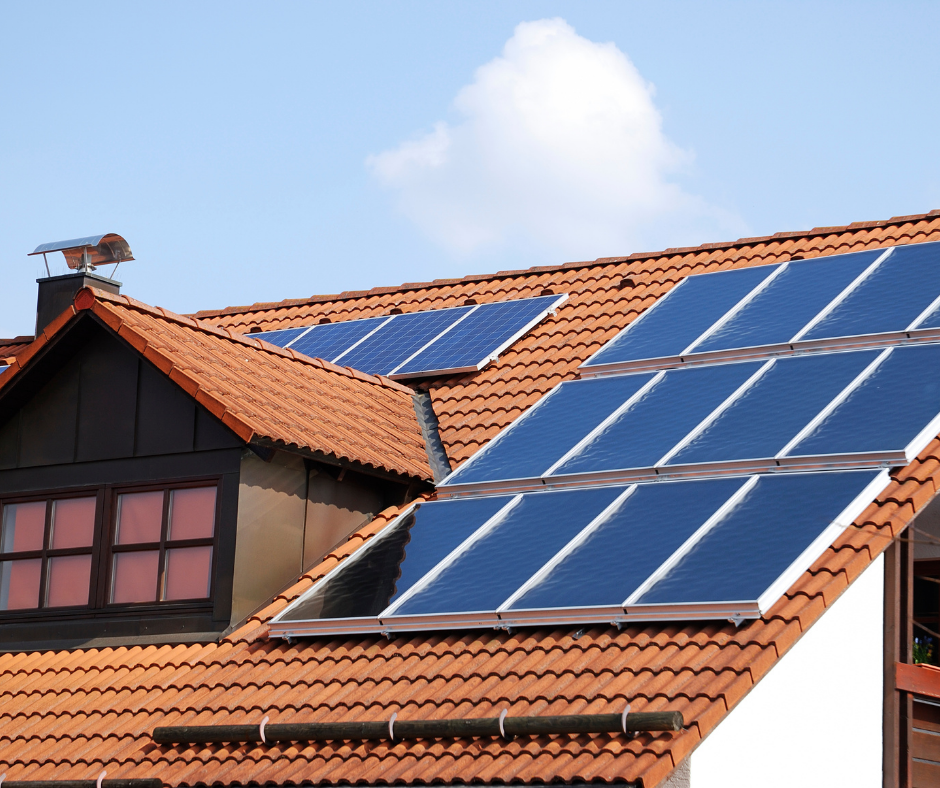 Solar Cost Estimator: Are Solar Panels a Savvy Investment for 2021? 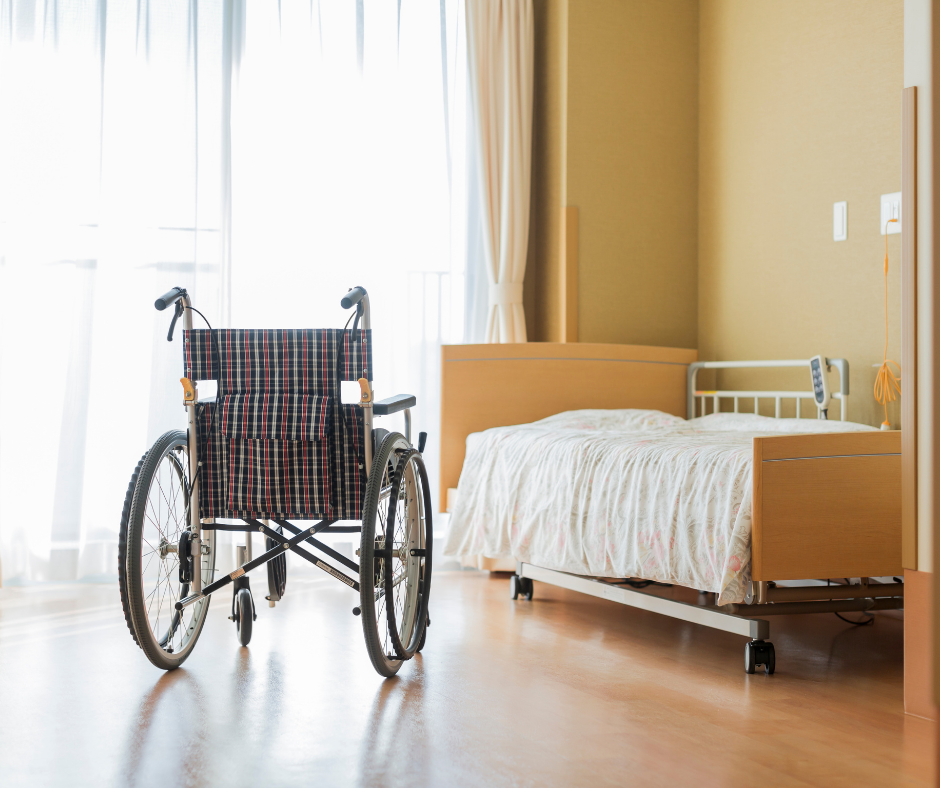 Tips For Choosing A Nursing Home